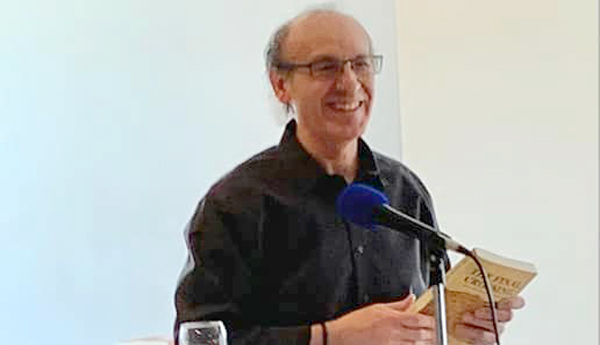 By Víctor R. AGUILAR.-On the occasion of the launch of the book “The Final Crossing” written by Italian-Canadian Vince Santoro, who grew up in the city of Toronto and has lived in Pickering since 2008 with his Peruvian-Canadian wife, Elizabeth Pollard. We had the opportunity to learn a little more about the author of this interesting literary work, who responded to our concerns. Vince is a graduate of York University in History and Behavioral Sciences, and further honed his writing skills by studying journalism and publishing several articles. In his youth he also played professional basketball in his native Italy, but his professional life has been linked to the aerospace industry, Bombardier, Toronto and Safran Landing Systems in Ajax. He is now returning to writing and presents us with “The Final Crossing”:

1.- How did the idea of writing “The Final Crossing” come about?

R.-I was always curious about ancient civilizations which led me to study History in university. And I always wanted to try to write a book. I also studied Behavioural Science, and it occurred to me that the two disciplines were interconnected. Both dealt the search for freedom, love, and the guiding hand of a god. I read many books, historical fiction, that took place in ancient times which motivated me to also write a book. And so, I chose ancient Egypt to tell a story about what I believe have been man’s quest since time immemorial.

2.- What is the reason for the title “The Final Crossing”, and what is the content of the work?

R.-The title symbolizes a final crossing in two aspects, which both happen near the end of the story. The protagonist, Nenshi, has travelled across lands from Egypt until he reaches Persia. His experiences during his journey have affected him to the point that he redefines who he is. At the same time, among nomads in Persia, he must cross a treacherous river, which is the last leg of the tribe’s migration to green pastures. This is new to Nenshi. The final crossing is both one of his right of passage in changing his ways and one of physical uncertainty, whether he will succeed in the crossing or not. 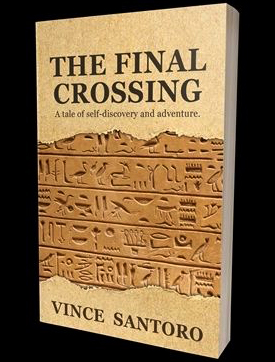 3.- What do you intend to transmit to readers with this story?

R.-The story is one of perseverance, never to give up on a goal. For the protagonist it meant never giving up on his search for freedom. The story also reflects a theme of acceptance and tolerance, that is, accepting other beliefs, cultures, customs, religions, etc. Finally, among all the things that change throughout history, man’s essence or spirit does not change.

4.-What was the biggest challenge you faced when writing “The Final Crossing”?

R.-Research is always a challenge when writing an historical fiction novel. There have been many books written about ancient Egypt, but I wanted to make sure I focussed on the specific period of my story. I also did not want my story to resemble a history book. The challenge was to incorporate historical elements within an enjoyable story.

5.-What do you expect from the reader when he finishes reading your work?

R.-I hope readers will challenge themselves in how we see the world, whether it’s to question our beliefs, change our behaviours, or redefine ourselves and our world for a better life.

6.-What kind of readers do you address mainly in this literary work?

R.-I wrote this story for the general adult and those who enjoy reading historical fiction. It’s a pleasant story filled with twists and turns, tension, hardship, and even a surprise ending. It’s also for readers who want to break away and immersed themselves into the world of ancient times.

7.-Where can you buy this book? 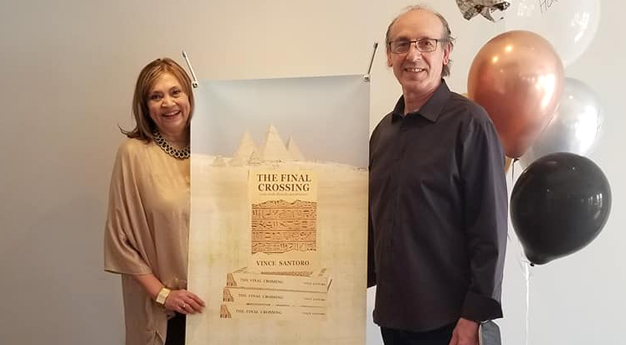 8.-Are you immersed in any other literary project that you can talk about?

R.-Yes, I have started a second novel, also historical fiction, set in Italy and North Africa during WWII, titled LETTERS OF REDEMPTION.

The story is told through two protagonists – Antonio and Maria. It’s a story of Antonio’s search for reconciliation from his transgressions and of Maria’s hunger for independence and apprehension over newfound love.

During the war Antonio writes letters to Maria, on behalf of another soldier, Roberto. Roberto had never learned how to write. Maria didn’t know this because she had just met him before he was sent to the front lines of North Africa. The secret is well hidden and even after Roberto’s death in battle, as the war continues, so do the letters. They become Antonio’s own expression of love that ultimately leads to guilt and a search for how to end the dishonesty. In the meantime, Maria has moved from her hometown in Taormina to Rome to find work to help her parents in poverty-stricken and war-torn Sicily. It’s also an opportunity to be independent. And she doesn’t know about Roberto’s death.

As the war comes to an end, Antonio must find Maria, plea for forgiveness and declare his love for her. Maria, who has also fallen in love with the man behind the letters, must decide whether to follow her heart or let Antonio go.