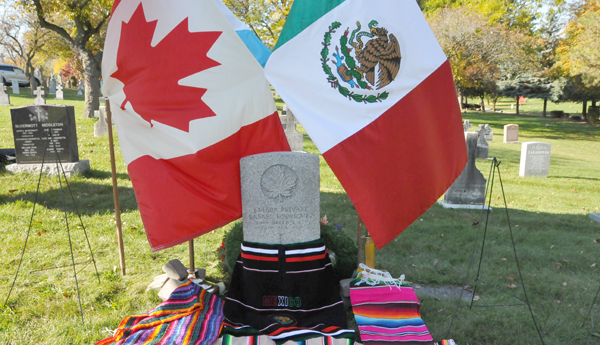 By Victor R. AGUILAR. – In Canada’s Latin American Heritage Month (LAHM) October, we also reflect on the contributions that our community has made to the defence of Canada in the First and Second World Wars. To this is added the date of November 11 of every year established as the Remembrance Day to pay tribute to all the fallen soldiers in the wars.

Early today, Saturday, October 22, 2022, a mass was held at Santa Monica Catholic Parish, located at 44 Broadway Avenue, Toronto, in honour of these heroes who fell in the line of duty.

Later, at Mount Hope Cemetery, tribute was paid to these great men who were not afraid to say present to join the Canadian Armed Forces and fight defending the Commonwealth (conflict that started Germany against Great Britain).

In the cemetery, the ceremony was conducted by MC Keiter Feliz, who invited one by one those who spoke, including the Consul General of Costa Rica, Jorge Umaña Vargas, and the Consul of Cultural Affairs of the Consulate of Mexico, Rodrigo Mendivil, Captain Rey Garcia-Salas and from the Peruvian Cultural House, Betzabe Monterrosa.

Then the guest, Rosario Arce “Ambassador of the Bolivian and Latin American Song in Canada” shone her magical voice by singing the Canadian national anthem in English and Spanish, who also together with the Consul of Cultural Affairs of Mexico, Rodrigo Mendivil placed a floral offering before the tomb of soldier Rafael Rodriguez. The sacred notes of the Mexican anthem were also heard.

“This is a good opportunity to start recognizing these soldiers who were from different parts of Latin America and who have been forgotten for years. We should be proud as a community, as the Canadian Armed Forces, as a society, because recognizing these heroes gives us a historical identity,” said Captain Rey Garcia-Salas.

Garcia-Salas of Guatemalan descent, is a researcher of the participation of Latin Americans in World War I (1914-18) and World War II (1939-45)

Within his investigation, which includes federal documentation, Garcia-Salas highlights the participation of private Rafael Rodriguez, a Mexican who served in the Canadian Infantry in World War I, he says that Rodriguez was “an outstanding soldier” in his Division who He died from wounds sustained on the battlefield.

On the other hand, at the Beechwood National Military Cemetery (280 Beechwood Ave, Ottawa) there was also another ceremony to honour the Latin American soldiers who joined the Canadian Army and participated in the wars. 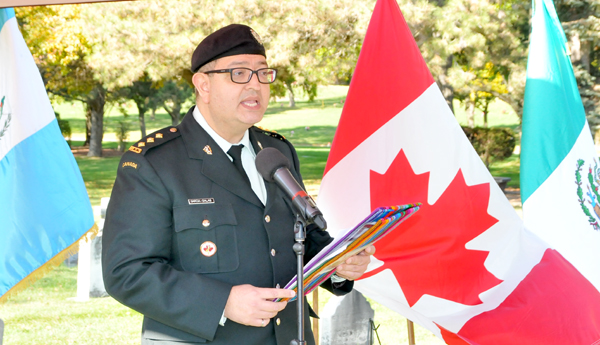 Broken glass constantly cutting the wind and caressing pieces scattered everywhere, tied to homes beyond the smiles and tears, of the children behind the collapsed walls, by the malice and greed of faceless beings.

Veterans who impregnated their footprints and painted sliding red figures with their wounds, leaving their memories in the streets beyond the ocean and dawn.

They who kept in their soul the suffering and hunger tying the days with the nights.

Leaving the nights illuminated with the spirits of those who departed and did not leave.

Leaving her resilience as a legacy so that we now live in peace and freedom and thus carry poppies in our hearts.

Let’s light a candle in our minds to honour his memory.

We are Toronto “Close to everyone making a difference” 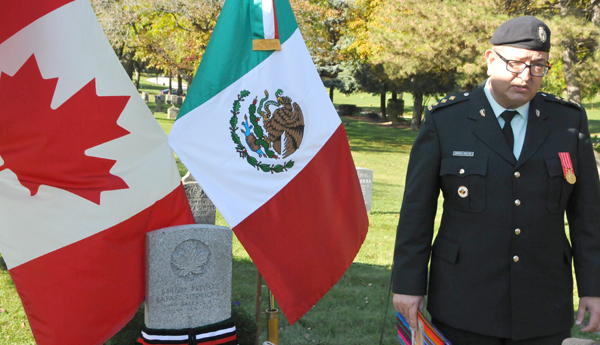 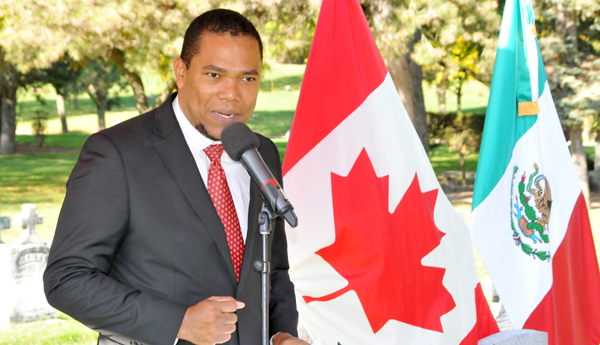 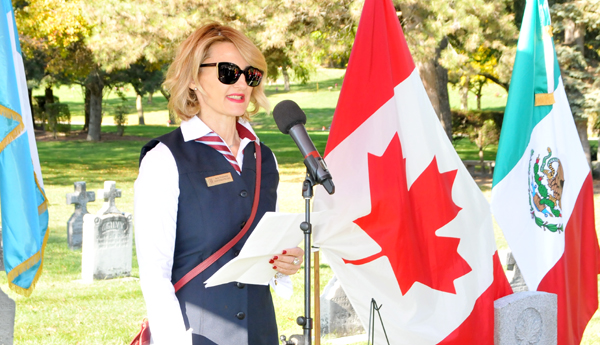 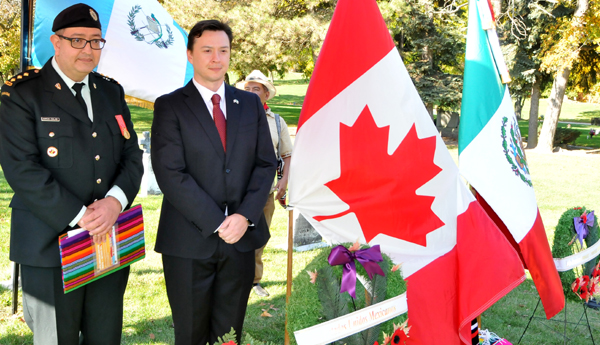 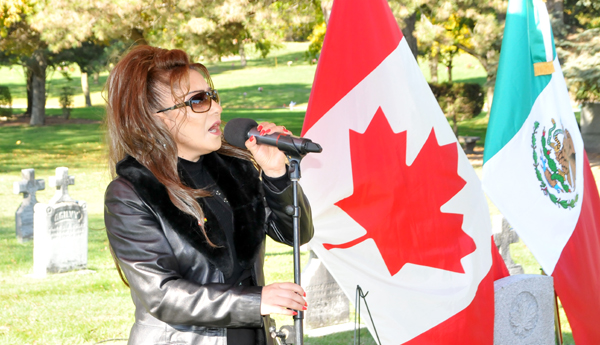 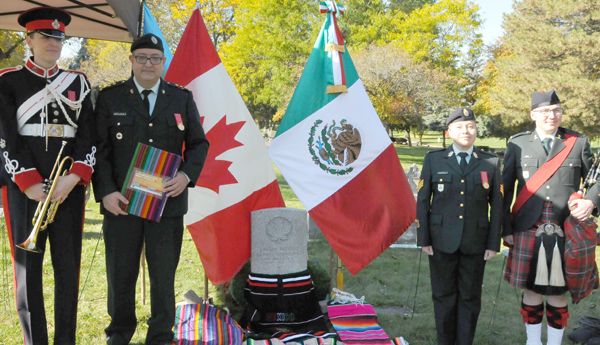 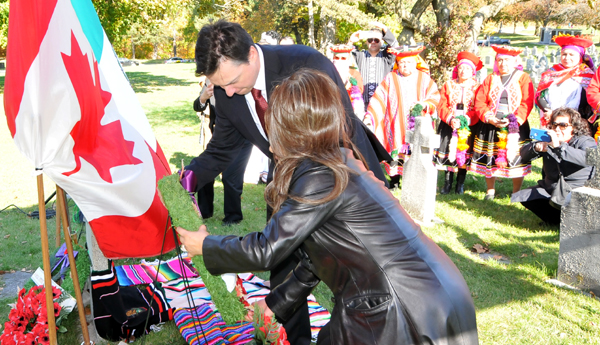 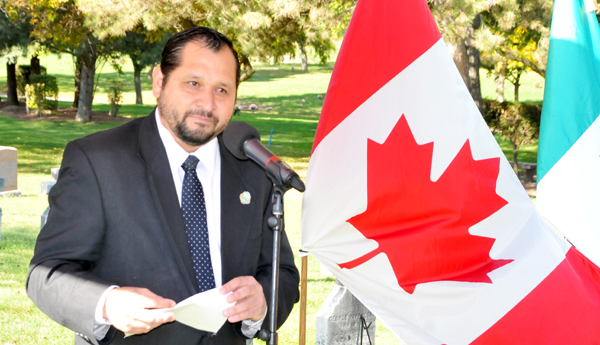 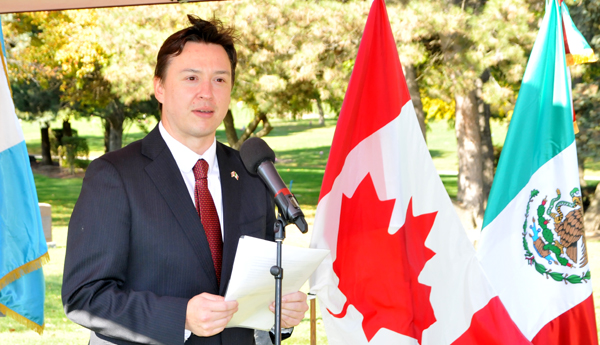 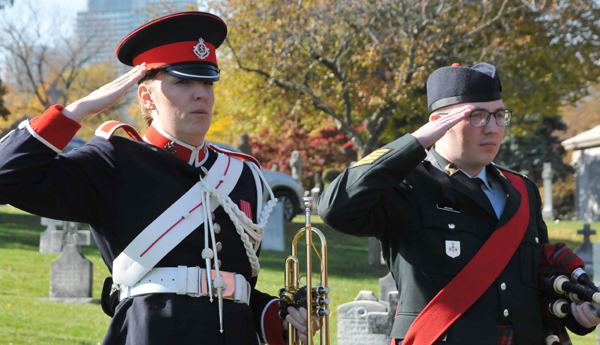 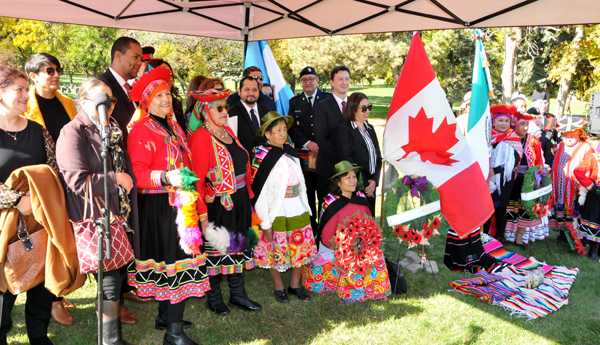 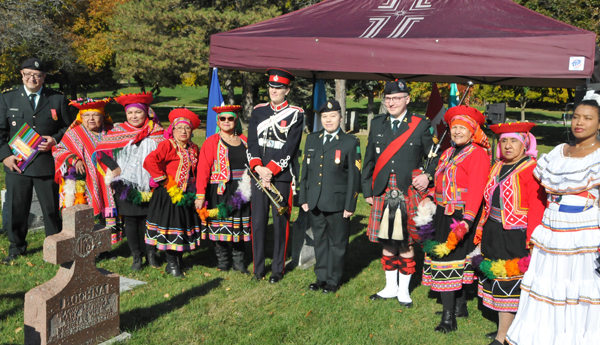